A Tale of Two Rabbis – Faith and Fraud 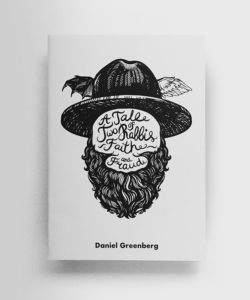 Synopsis
Under the cover of a community ostensibly of extreme religious piety, a major housing benefit fraud is carried out using, for the most part as unwitting pawns, the teachers at a Talmudic academy. The fraud is uncovered as a result of an investigation by a local newspaper.  The ringleader leaves the country before he can be caught and prosecuted; and his junior partner in the fraud, who is also the religious head of a local Talmudic academy, forms a conspiracy with the police to make a scape-goat of the only one of the teachers who refuses to cooperate in a cover-up.  The story is told by one of the students at the academy whose relationship with the framed teacher becomes closer as the plot unfolds, at the same time as his involvement in the religious community that was previously his life diminishes.