I serve as Counsel for Domestic Legislation in the House of Commons.

My career has included:

I enjoy training and teaching both as part of commercial training exercises for DODs and Civil Service Training College and in collaboration with academic institutions. I am an active Senior research fellow of the Institute of Advanced Legal Studies in the University of London where I teach on the international drafting LLM course. I am a faculty member of the Athabasca University legislative drafting course, an Associate Research Fellow of the Law Faculty of Bar Ilan University, a member of the Advisory Board of the Institute of Legal and Constitutional Research at the University of St Andrews, a Director of the Constitution Reform Group, a Fellow of the Bingham Institute for the Rule of Law and a Council Member of the Statute Law Society. 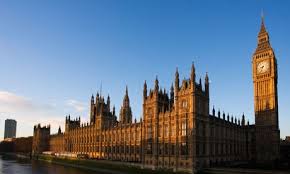 My practice as BLP’s in-house Parliamentary Counsel involved providing advice on statutory interpretation, Parliamentary procedure and machinery of Government across the range of the firm’s practice areas.

I was based in the Planning and Environment team and advised on local and private legislation as well as on a range of planning law issues (while still in the Parliamentary Counsel Office I drafted a number of environmental and planning provisions, including the Flood and Water Management Act 2010 and the Community Infrastructure Levy provisions of the Planning Act 2008).  But I advised other teams within the firm also, including the commercial, tax and employment teams.